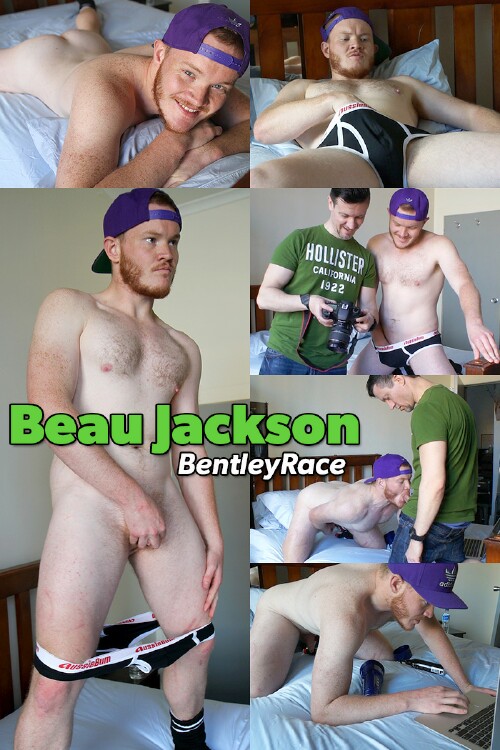 Beau Jackson is a 26 year old red head Australian rugby player. Ben saw photos of him wearing his rugby gear and knew he had to meet this guy. In this shoot he still has a few scrapes and bruises from a recent game. Beau admits to being a bit nervous when they start filming his solo session, so Ben jumps in to help him out. Beau loves sucking guys off, so Ben gladly volunteers to pull his dick out and let him service it as he jacks off. Beau is super excited about doing his first porn shoot and tells Ben that he can’t wait to come back over and get in to some action scenes. There are guys already lining up!