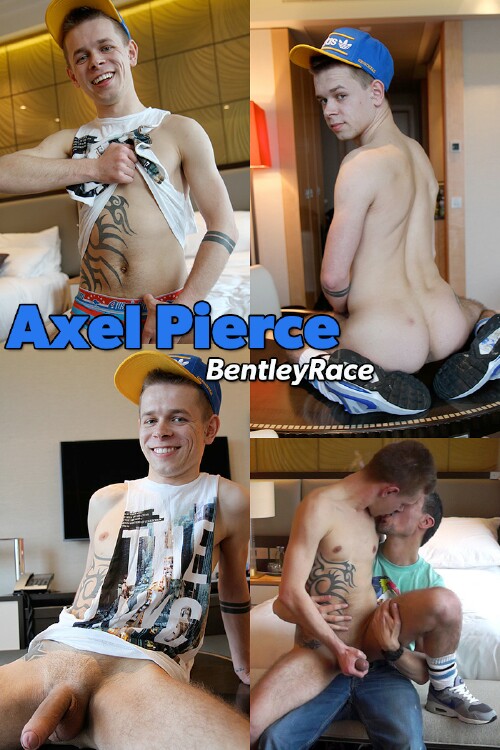 Axel Pierce is a 22 year old from Poland, who traveled to Berlin for a shoot with Ben. The original plan was to film him in a solo jack off session. Ben had no idea that they would end up getting it on during the shoot and fuck during his video scene. Ben admits that when he saw that perfect little butt he was ready to jump in. With the right positioning of cameras, Ben pulled Axel on top of him so he could slide right down on his hard cock. Some guys have all the fun.