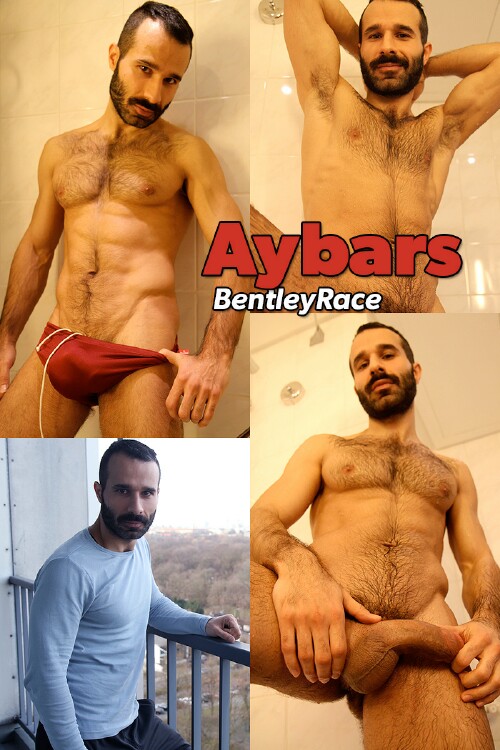 When Ben posted the photos and video of him having sex with porn star Aybars, in Germany earlier this year, he had no idea how popular the guy is. He thought he was just having a hook up with a hottie that he’d met during his European holiday. So, he was surprised by all the messages from guys asking about him. When they first met, Aybars wanted to jump in the shower after they had been out walking across the park in the freezing cold morning. While he headed into the bathroom, Ben followed to catch these shots of the hairy German/Turkish hung man. Aybars looks great in that skimpy nylon speedo.