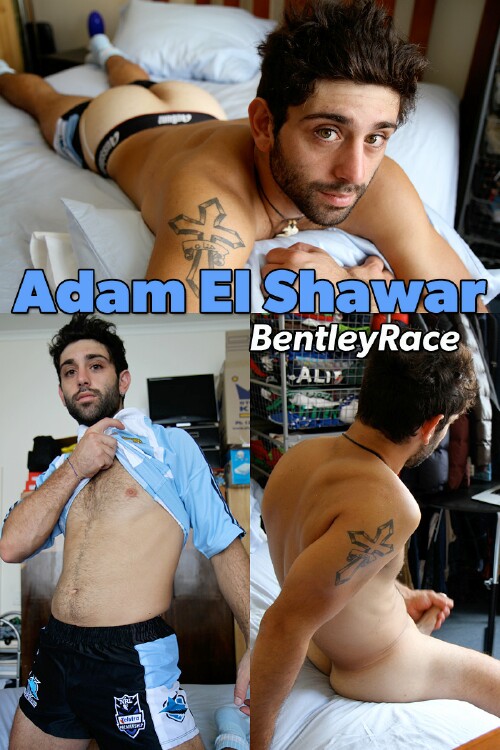 There are a lot of straight guys that want to do shoots with Bentley Race. In fact, he’s been forced to turn a lot of them away. But when Ben saw photos of 24 year old Adam El Shawar he knew this was one str8 boy he wanted to work with. Adam has a middle eastern background and grew up in Australia. He plays soccer in his spare time and has a girlfriend. Adam is gorgeous, and he doesn’t mind showing off that naturally furry body, and beautiful uncut cock. Ben was a bit worried that he’d be nervous getting naked and hard in front of him, but Adam had no trouble at all. Later he told Ben that he enjoyed doing the shoot and wants to do it again. In his video Adam tries fucking a fleshlight for the first time. He pushes it down on the mattress and forces his cock in and out of it until ready to blow. It’s one really hot video!