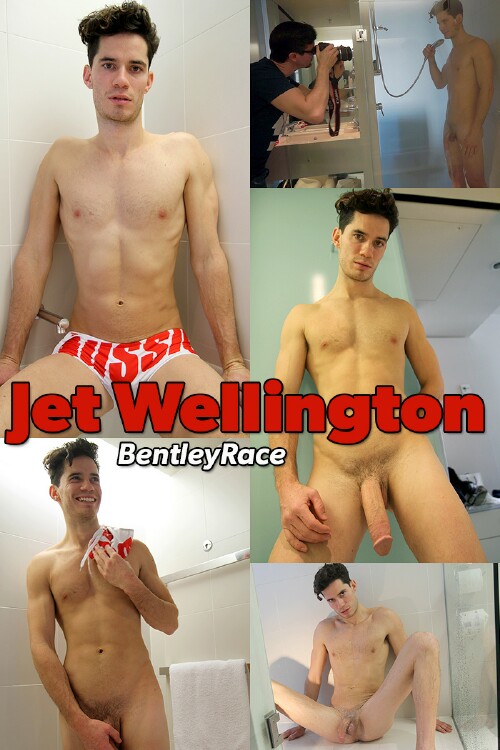 When Ben first met 22 year old Jet Wellington a few months ago he had no idea that this seemingly shy Sydney boy would turn out to be such a popular star on his web site. Even though Jet is straight, he has also recently appeared in a few scenes with guys. Of course, all the guys have been willing to help Jet get off at the end of each scene. This is actually Jet’s very first shoot with Ben. It happened in a bathroom in Sydney, and you can imagine Ben’s surprise when that big cock fell out of his Aussiebums underwear. Suddenly Ben was taking a lot more photos than usual. Apart from his good looks and over sized cock, Jet is a lot of fun to hang out with.